Static Caravans or Mobile homes are a great option for both long term living in Spain or for a holiday home. Static Caravans are fast becoming the home of choice on most campsites in Spain and particularly on the Benidorm caravan parks.

Static caravans represent great value for money and offer a level of comfort not associated with other types of caravans such as a touring caravan.  Until the upsurge in popularity Static caravans were never particularly affordable to site in Spain due to high transport costs. Availability was also an issue and the static homes that were available were generally dated and had been sent to Spain at the end of their life’s on the British holiday parks. This has all changed!…

Static caravans are now more affordable than they’ve ever been. You can now order a new Static caravan and have it shipped and sited for the same amount that you would have paid for an outdated one a few years back. Most are built to spec and can be customised to your specifications. For example: A new 2015 Delta Santana Static caravan In Benidorm costs just £22,495. (Example caravan below)

If you’re looking to purchase a Static Caravan in Spain please contact us for more information. 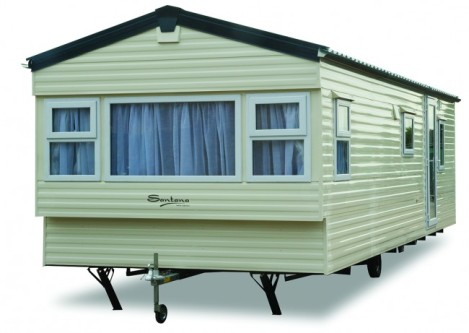 All images and descriptions are provided by the advertiser/seller, therefore Benidorm Caravan Sales cannot guarantee the authenticity or accuracy of this or any advert.

Please ensure you conduct your own checks before committing to any sale.

Looking For Your Perfect Caravan? Leave us your details & we'll notify you of New Listings Cancel reply

This site uses Akismet to reduce spam. Learn how your comment data is processed. 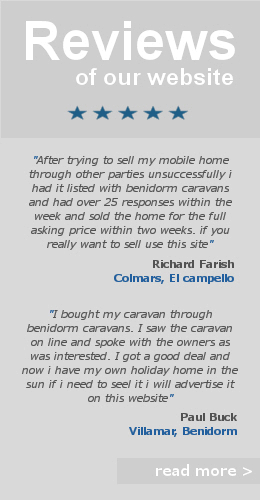